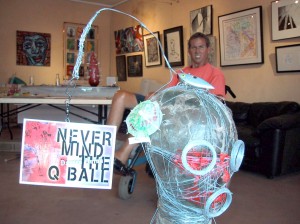 Darren Quinn is a spirited artist and adventurous individual. His artwork is fresh and personal and filled with his lust for life.

Darren has had to overcome a near fatal car accident at the age of 19 that left him quadriplegic; faced with the challenges of life in a wheelchair he carved a new way for himself with a heightened appreciation for life.

Armed with creative might, the power of his sense of humor, and brave adventurism, Darren Quinn has gone on to accomplish the seemingly impossible.

by David Whitney and Adrianne Martinez 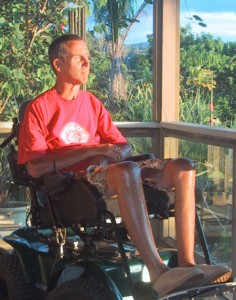 Tell us about your life growing up.
"I was lucky because I was able to travel and see many places when I was growing up. I've been exposed to art my entire life, and was always encouraged to be creative. So doing artwork has simply been a part of my life. My other youthful interests were skiing and later golf, I eventually received a golf scholarship to the university of Utah in 1983."

Why do you paint?
"My entire life I have always created things and painted. I can't explain why, it's just always happened. For me, it's both a feeling of accomplishment and the sense of creating something from nothing. It's always seemed like the natural thing to do."

"In the fall of 1983, I introduced myself to an artist named Monte Lewis. Although his teaching studio had been closed for years he agreed to take me on as his sole pupil. This was my first real and formal education in painting. Mr. Lewis was elderly; he always had a tweed coat and a pipe. He taught me by saying very little. I learned a lot from him."

What are the personal experiences that have affected your life and art?
"Growing up, Bowie's album Scary Monsters, Camus's book The Stranger, And a near fatal car crash.

It was in 1984 that I decided to play golf professionally, later that same year is when the accident happened. It was serious, and I spent close to 6 months in the hospital, I left a 20 year old Quadriplegic. Everything had changed forever, far beyond my worst and best possible imagination. I put it this way only because in everything there really is both good and bad that comes. I spent about a year just trying to heal both physically and mentally and then I began to pursue therapies. From the word go, the doctors told me to get used to a life, more or less, stuck in bed, without the use of my arms. And I simply said to myself, Fuck That!

I tried everything, some helped some didn't, never a dull moment though. In 1986 I was doing some rehab therapy in Pomona California where an occupational therapist built me a hinged splint for my right hand. With that I was able to crudely hold a pencil or pen, or paintbrush - I think it sat around for about a year, Then one day, in the spring of 1987 I put it on and did a drawing with a sharpie marker. The following week I got out my acrylics and painted my first five face portraits!" 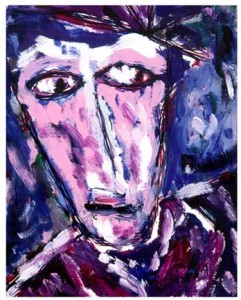 What are you saying with your art?
"I'm not trying to say anything, I just like making people stop and look and think."

What is your process?
"Chaos and experimentation."

What are your plans for the future?
"To accomplish something extraordinary..." 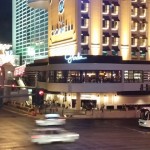 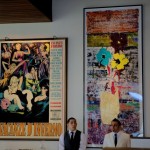 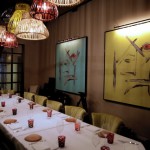 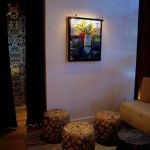 Naturally, Giada De Laurentiis didn’t hold back on including artwork by Darren Quinn!

Located on the second floor of the Cromwell hotel in the heart of the Vegas Strip, Giada—which serves up Italian cuisine with fresh California influences, including the chef’s signature Lemon Spaghetti With Shrimp—seats 260 and has views of the Bellagio fountains and Nevada mountains. It’s hard to imagine a more high-profile location for her first eatery, but De Laurentiis likes high stakes. It’s in her genes. “I don’t do anything small,” declares the granddaughter of the late, ­legendary movie producer Dino De Laurentiis (Serpico, King Kong). “I’m like my grandfather—go big or go home!” by Shawna Malcom 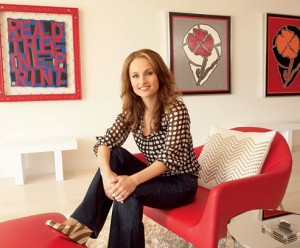 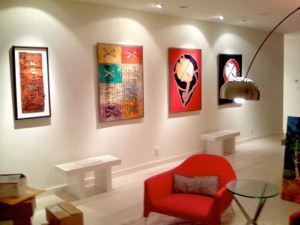 Just a few years after the accident Darren started selling his first paintings within his diverse group of friends. In 1991 he publicly showed his artwork for the first time. About a year later, with two partners, he had the opportunity to buy out an existing art gallery in Coronado, California, the “Avenue Gallery.” It was a bittersweet experience with about half a dozen successful shows, but a business disaster in the end.

Between the years of 1991 through May of 1995 Darren had several solo exhibitions, from Coronado to Wilshire Boulevard in Beverly Hills. Eventually he moved to Maui and continued to show in galleries and sell to private collectors and friends.

In 2010 Darren moved back to California where he is still making and selling artwork. 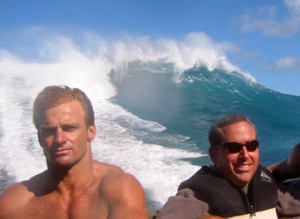 Every winter, off the shores of Maui, a unique spectacle takes place under utmost danger surfers, film makers, and lifeguards face the ultimate challenge of their lives and hurl themselves into the tube of the hugest waves on the planet: JAWS. (Ka Nalu Nui – The Ultimate Surf)